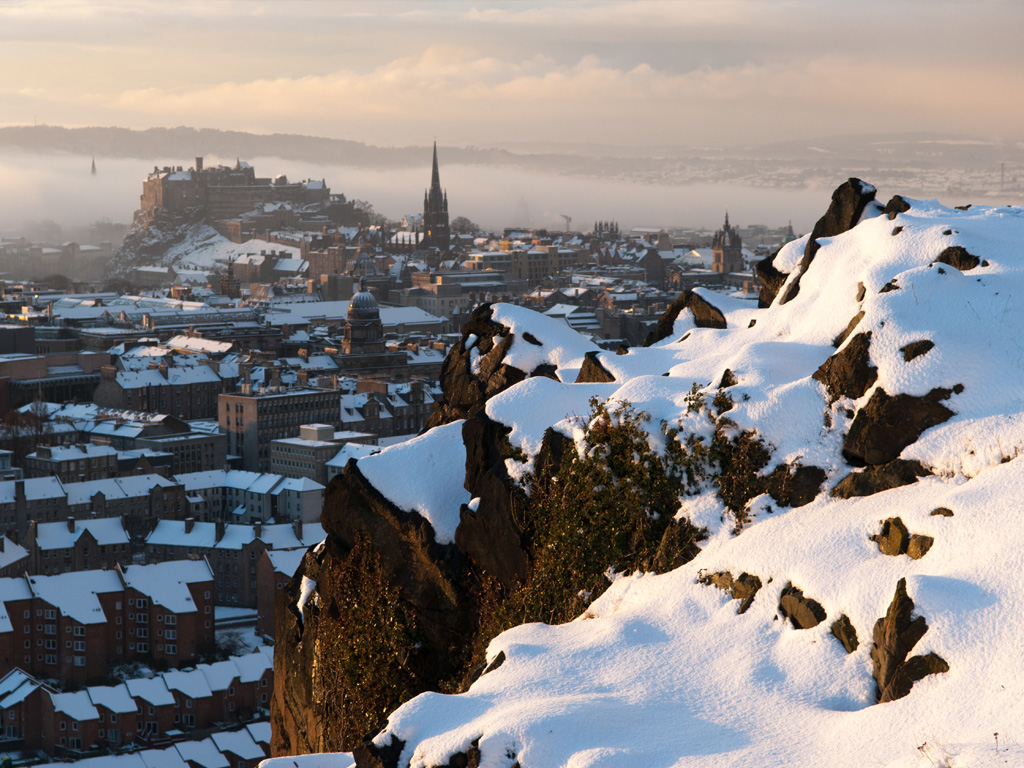 Edinburgh – home to a wealth of experiences for young and old alike. Below are just a few select events for you to experience, there’s never a dull moment in Auld Reekie!

Edinburgh International Science Festival, 6th April – 21st April 2019
First held in 1989, the Edinburgh International Science Festival is an annual celebration of science and technology organised by an educational charity. During its two-week run, the Festival features almost 300 events in various venues in and around Edinburgh. The programme varies annually, offering a variety of interactive activities, exhibitions and workshops, shows and performances, and talks, debates and discussions for children and families, teenagers and adults.

Beltane Fire Festival, 30th April 2019
30th April every year on Calton Hill, Edinburgh
A living, dynamic reinterpretation and modernisation of an ancient Iron Age Celtic ritual and is the largest of its kind.

For one special night, hundreds of otherworldly creatures will descend on Calton Hill to mark the change of the seasons. When the drums start to thunder, the May Queen awakens and leads her followers on a spectacular procession, watched by an audience of thousands against the backdrop of Edinburgh’s stunning skyline.

Imaginate, Edinburgh International Children’s Festival, 25th May – 2nd June 2019
Imaginate is the national organisation in Scotland, which promotes, develops and celebrates theatre and dance for children and young people.

The best of children’s theatre and dance from around the world is showcased at the Edinburgh International Children’s Festival.

The festival has established itself as one of the best places for programmers from all over the world to see work of the very highest standard.

The Festival has hosted UK premieres of Blade Runner, Alien, Back to the Future, Taxi Driver, Annie Hall, Withnail & I, The Usual Suspects, Amelie, The Hurt Locker and many, many more.

With an emphasis upon new talent, discovery and innovation, EIFF’s vibrant programme of films and events combines a commitment to audiences with a strong ongoing stake in the development of the UK and Scottish film industries.

Royal Highland Show, 20th – 23rd June 2019
Celebrating its 179th year, The Royal Highland Show is one of Scotland’s most iconic events, showcasing the very best of farming food and rural life. A great day out for everyone of all ages, get up close to the country’s top quality livestock, taste exceptional food & drink and experience rural living at its most vibrant.

From bop to boogie-woogie to blues-rock, from samba to swing to soul, there’s something to suit every mood and musical taste over ten groove-packed summer days.

Plus look out for the free open air Mardi Gras and Edinburgh Festival Carnival events.

Edinburgh Art Festival, 25th July to 25th August 2019
Edinburgh Art Festival was founded in 2004 through an ambitious partnership of galleries committed to ensuring that high quality presentations of visual art remained at the core of Edinburgh’s summer festival experience. This partnership remains at the core of our Festival, and is reflected in the rich programme of exhibitions developed for the Festival each year by our Partner Galleries.

Presented across leading national institutions, internationally recognized contemporary art galleries and artist run spaces, it offers a chance to discover work by some of the very best historic and contemporary artists from Scotland, the UK and beyond.

Edinburgh’s six major theatres and concert halls, a few smaller venues and often some unconventional ones too, come alive with the best music, theatre, opera and dance from around the globe.

Edinburgh Festival Fringe, 2nd – 26th August August 2019
The world’s largest arts festival transforms Scotland’s capital every August, as thousands of performers take to hundreds of stages all over the city to present shows of all kinds and for every taste.

The work on show ranges from huge names in the world of entertainment to unknown artists looking to build their careers.

The Royal Edinburgh Military Tattoo, 2nd – 26th August 2019
The Tattoo is an iconic Edinburgh institution, and a sellout year after year after year. Music, dance and precision display with the Massed Pipes and Drums, the Massed Military Bands, cultural troupes, singers and the poignant refrain of the Lone Piper against the stunning backdrop of Edinburgh Castle.

Edinburgh International Book Festival, 2nd – 26th August 2019
The Edinburgh International Book Festival programme offers over 800 events featuring the greatest writers and thinkers in the world. From rising stars of fiction to Nobel Prize-winners, it’s a place where audiences and authors gather to share ideas, have thought-provoking discussions, be entertained, informed, enthralled and challenged.

There is also a highly regarded programme of events for children and young adults featuring the finest writers and illustrators for young people.

Inspired by the Scottish ceilidh tradition and its sense of togetherness, this is an inviting community gathering full of tales, anecdotes, music, songs and ballads.