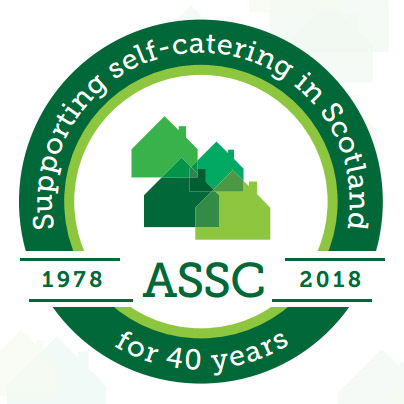 The Association of Scotland’s Self-Caterers (ASSC) has launched a new policy paper on holiday let regulation.

The Long-Term Approach to Short-Term Letting paper was announced by ASSC Chief Executive, Fiona Campbell, during a speech at the Private Renting in Scotland: Rent Pressure Zones and Short-term Lets event hosted by Holyrood magazine.

As part of the ASSC’s on-going to commitment to be part of the conversation around self-catering, the paper outlines proposals that would see short-term rental properties come under a mandatory registration scheme in order to provide local authorities with as much information as possible.

The paper also outlines the ASSC’s support for the introduction of rent-pressure zones which would allow local councils to limit the number of holiday lets in areas that meet certain conditions.

If implemented, the Long-Term Approach would address several of the concerns that have been raised about short-term lets by balancing the rights and interest of local communities with those of Scotland’s £723million per year short-term rental market.

During her speech Fiona Campbell also reaffirmed the ASSC’s commitment to engaging with stakeholders across Scotland to find a positive and proactive future for self-catering and the broader tourism sector.

The Top 100 Women in Tourism winner also reiterated the association’s willingness to listen to the concerns of communities and expressed a desire that the ASSC’s proposals would be considered actively across the sector.

ASSC Chief Executive, Fiona Campbell, said:
“I’m delighted to launch the Long-Term Approach to Short-Term Letting paper on behalf of the ASSC.
“This paper represents a good faith contribution to the on-going debate around short-term rentals in Scotland.
“We believe that our suggestions form a model around which we can build consensus from civic Scotland, the public, and our own industry.
“There is a balance to be struck and, in our view, that is what this paper does.
“We look forward to engaging with all parties who care to discuss it with us.”

Adding, ASSC Chair, Linda Battison, said:
“Self-catering is a great sector, in which much of the spend goes directly into small and medium sized local businesses.
“There is no question about the positive economic impact self-catering has but we acknowledge that tourism and the needs of local communities must be carefully balanced to ensure that Scotland’s warm welcome is not threatened.
“We believe that our approach is sensible, proportionate, and in line with government policy”
“If implemented fairly it will allow our sector to provide accommodation where it is needed without upsetting the important balance between visitors and residents.”

The ASSC has worked hard to engage with those concerned about the impact of short-term lets
across Scotland, listening to the concerns raised regarding housing pressure and anti-social
behaviour. As a result, the ASSC commissioned an evidence-based report, produced by Frontline,
to investigate and address these concerns, entitled Far More Than Just Houses. The report
concluded that there was no evidence to suggest that short-term lets are causing or exacerbating
housing shortages or rent increases. Despite this, the ASSC accepts that there is need for some
targeted and proportionate regulation of the short-term lets sector in order to allow local
authorities to manage its growth. In addition, the ASSC introduced a Code of Conduct in 2017 for
all its members, aimed at improving standards in the industry and encouraging best practice. The
ASSC strongly recommends a wider adoption of this Code of Conduct by short-term letting
agencies, owners, managers and online platforms.

Policy Summary
• All short-term rental accommodation must be registered with the local authority
• In areas of demonstrated housing pressure and where the local authority has designated it a
Rent Pressure Zone (RPZ), whole properties available for over 140 nights of the year must apply
for a licence from the local authority in which they are situated and the number of licences may
be limited by the council

In areas of demonstrable housing pressure, short-term lets of whole homes
for over 140 nights a year may be restricted by the council.
Local authorities may apply to Scottish Government Ministers to introduce Rent Pressure Zones
(RPZ), as created by the Private Housing (Tenancies) (Scotland) Act 2016, to designate the
areas where there is considerable pressure on the housing market. Since the greater part of most
local authorities have no issue with short-term lets, they should be delineated between areas
where short-term lets should be capped, rather than have blanket arbitrary limit across the whole
city, or indeed an entire local authority area.

Local councils can apply to Scottish Ministers to have an area designated as a ‘rent pressure zone’
(RPZ) if they can prove that:

These three points are the requirements of the existing legislation. If an area is designated as an
RPZ, a maximum limit is set on how much rents can increase for existing tenants with a private
residential tenancy each year in that area. Scottish Ministers must consult landlords’ and tenants’
representatives before they make any area a rent pressure zone.

The ASSC believes that where an area has been designated as a RPZ, this provides sufficient
evidence that there is demonstrable housing shortage and local authorities may restrict the
number of short-term lets.

Those that wish to operate a short-term let for over 140 nights per year in a Rent Pressure Zone
would need a licence issued by the local authority. 140 nights is used in order to run concurrently
with the current business rates threshold (if your property is available to let for 140 days or more
a year, it is liable for business rates).

This would allow amateur short-term letters and home sharers sufficient ability to let out their
homes while also giving the local authority the power to regulate and control the number of
short-term lets in areas of demonstrable concentration of such properties.